On newspapers in France 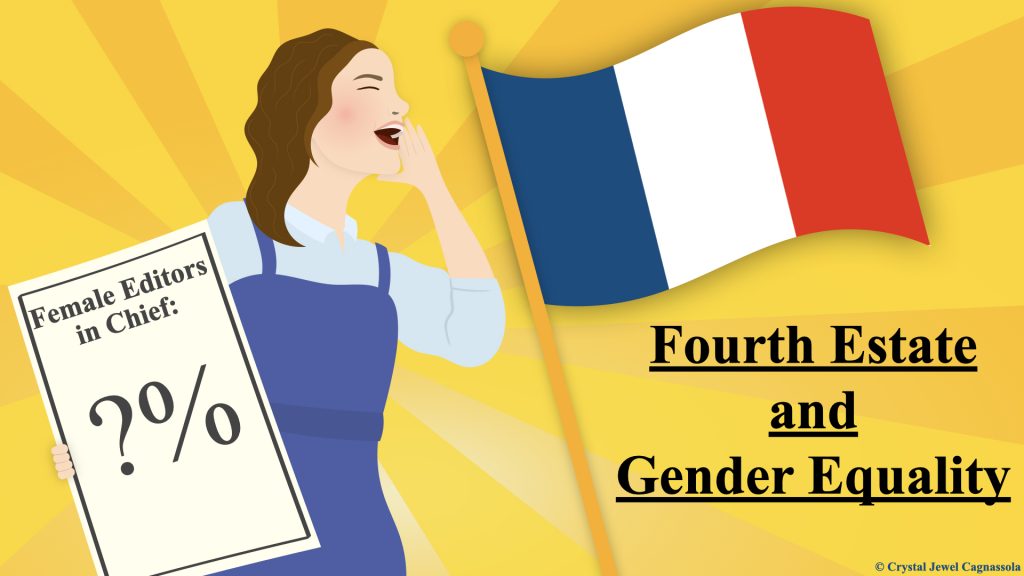 Mostly of the leading newspapers in France are run by men. This situation has been denounced on several occasions over the last decade. In 2013, female journalists of the newpaper Les Echos refused to sign articles to condemn the under-representation of women in chief positions within the organisation.

Later, in 2018, the lack of parity in the editorial staff of Le Parisien-Aujourd’hui in France led a group of women journalists to submit a “symbolic” collective application to become editor-in-chief of the different sections of the newspaper as a way of protesting against the exclusively male nature of the editorial committee. Following this movement, Ms. Marie Christine Tabet was appointed as editor in chief of the Sunday edition of the newspaper.

Notwithstanding the above, newspaper editors-in-chief in France are still largely men. As relevant exceptions, we can cite the case of the appointment of Ms. Maud Vergnol as co-editor-in-chief of the left-wing newspaper L’Humanité in 2019.