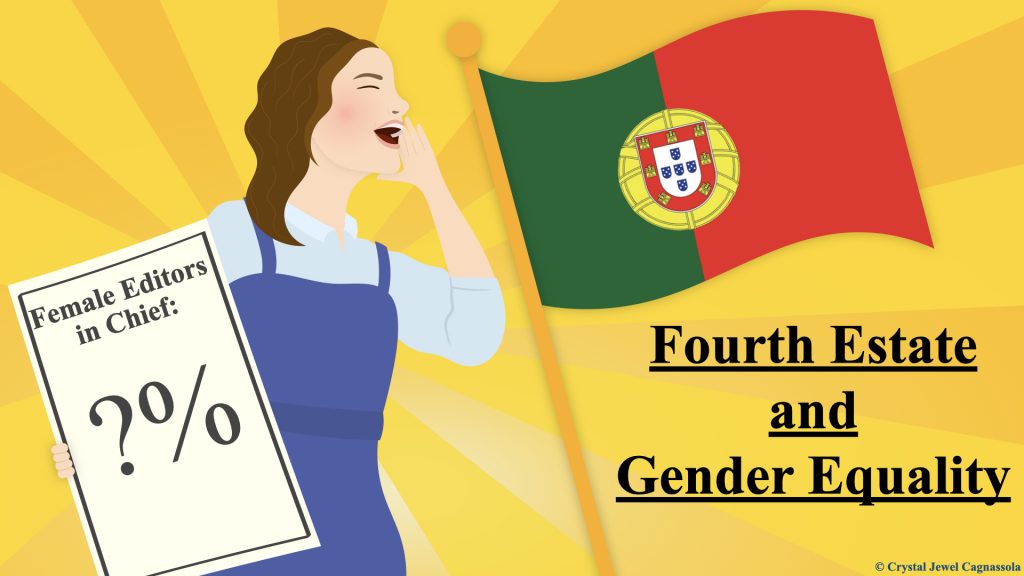 Similar to several European countries, Portugal currently does not have a woman editor-in-chief running the country’s main daily newspapers.

Nevertheless, in recent times the figure of Ms. Bárbara Reis stands out. She was the editor-in-chief of the Europeanist newspaper Público during the period between 2009 and 2016.

As well as Ms. Reis, also Ms. Helena Garrido was the editor-in-chief of the business newspaper Jornal de Negócios from 2013 to 2016.

Another case which is worth mentioning is that of Ms. Catarina Carvalho, who held the position of executive editor-in-chief of the generalist newspaper Diário de Notícias (not to be confused with Diário de Notícias da Madeira, see Table 1 below) until her resignation in April 2020.

International Day to End Impunity for crimes against journalists

There are no upcoming events at this time.