On newspapers in Italy 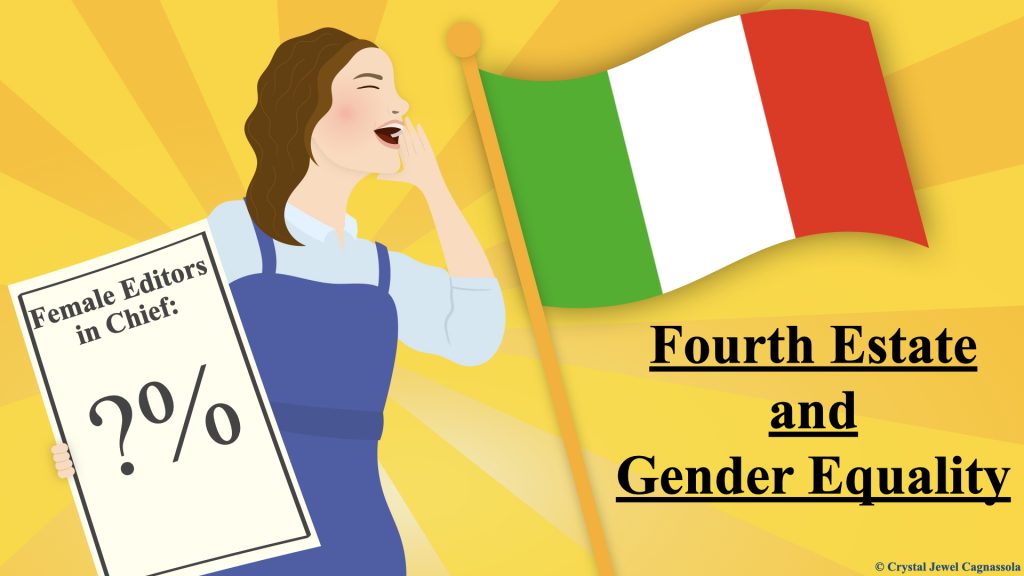 At present, most Italian daily newspapers with national circulation are run by men. Nevertheless, we can highlight the appointment, in 2019, of Ms Agnese Pini as editor-in-chief of the newspaper ‘La Nazione‘, being the first woman to hold this position in the 160 years of the life of the Florentine newspaper.

Previously, we can point out the naming, in 2010, of Ms Norma Rangeri as editor-in-chief of the left-wing Roman newspaper “Il Manifesto“.

Other examples in the past, at a lower geographic level, include Ms Pierangela Fiorani as editor-in-chief of Provincia Pavese (daily newspaper of Pavia) from 2006 to 2014 and from 2014 to 2016 of the four Venetian daily newspapers of Gruppo Espresso (now GEDI Gruppo Editoriale), as well as Ms Lucia Serino, appointed editor-in-chief of “Il Quotidiano della Basilicata” for 4 years between 2011 and 2015, or Ms Anna Mossutto, who held the same position in “Corriere dell’Umbria” for 10 years after being nominated in 2009.

Historically, it is worth mentioning the case of Mrs Matilde Serao, the first Italian woman to found and run a newspaper, “Il Corriere di Roma”, in 1885, an experience she repeated with other newspapers in the following years.