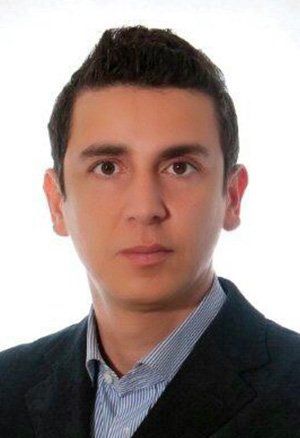 Ruggero Aricò graduated in Law at the University of Messina, Italy in 1999 and he was admitted to the Bar in 2002. He joined Enel in 2000 at the Institutional and International Affairs Department. In 2003 he moved to Brussels to manage the institutional relations with the European Union, in particular he worked very closely to the European Parliament. After 5 years, he moved to Moscow as Head of External Relations for Russia & CIS Countries and in 2010 he moved to Algiers as Head of External Relations for Algeria.  Since March 2016 he is the new global Head of Institutional Affairs for Europe, Africa, Asia and Oceania in Enel Green Power.

Ruggero has an extensive experience in international relations, governmental affairs, energy and environment regulation and legislation. He spent most of his life outside Italy, he speaks fluently several foreign languages and he is often invited worldwide as visiting professor in universities and as conference speaker and moderator.

He is also Vice President of “Confindustria Assafrica & Mediterraneo” (the General Confederation of Italian Industry association for the development of Italian businesses in Africa, the Mediterranean and the Middle East) and Board Member of the Italia-ASEAN Association (the association that represents and supports Italian companies in all sectors with business interests in the ASEAN countries).

He has been appointed Vice President of “Disability Pride Italy”, a non-profit organization which raises all issues that people with disabilities are facing nowadays and which organizes the Italian edition of the international event “Disability Pride”.

He is member of the Rotary Club, where he received the highest honors “Paul Harris Fellowship”.