On newspapers in Spain 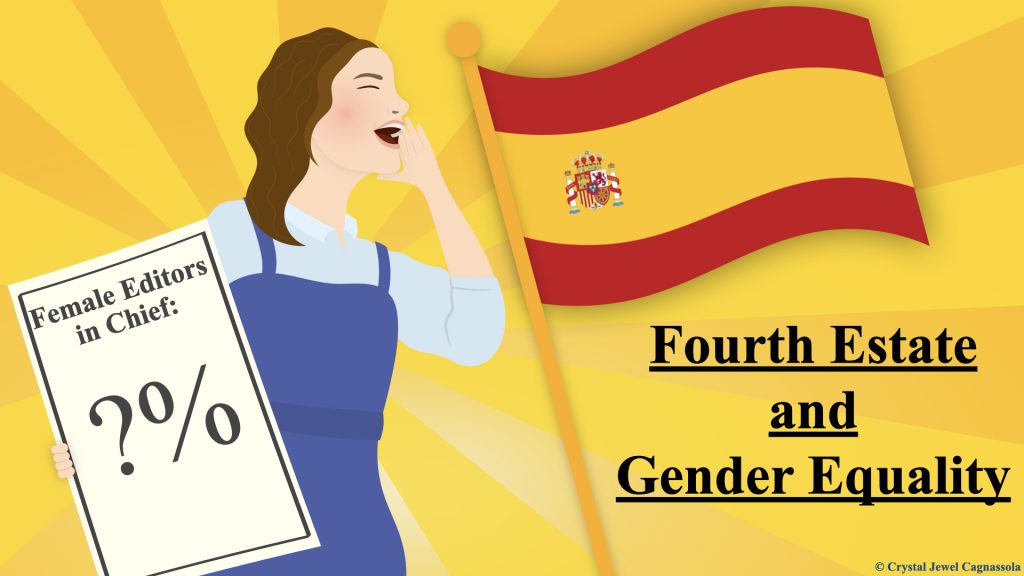 Traditionally, the leading newspapers in Spain have been run by men. This dynamic has been interrupted in recent times by the appointment in 2018 of Ms Soledad Gallego-Díaz as editor-in-chief of “El País”, Spain’s largest generalist newspaper by number of daily readers, who has held the post until June 2020, when she has been replaced by Mr Javier Moreno Barber.

The appointment of Ms Gallego-Díaz was followed by the nomination of Ms Anna Cristeto Massaneda as editor-in-chief of the Catalan newspaper “El Periódico” in 2019, who has been in office for one year.

Prior to these appointments, there were few cases of women heading the main Spanish newspapers. We can highlight the designation of Ms Encarna Samitier Laín as editor-in-chief of “20 Minutos” in 2017, as well as the naming of Ms Ana Isabel Pereda Caro as editor-in-chief of the business newspaper “Expansion” in 2010 (see Table 2). It is also worth mentioning the online newspaper “Público”, which since 2016 has had two consecutive female editors-in-chief, Ms Ana Pardo de Vera Posada and Ms Virginia Pérez Alonso (see Table 2).

Nevertheless, currently the gender of the editors-in-chief from the major newspapers in Spain are mostly male.