On newspapers in Belgium 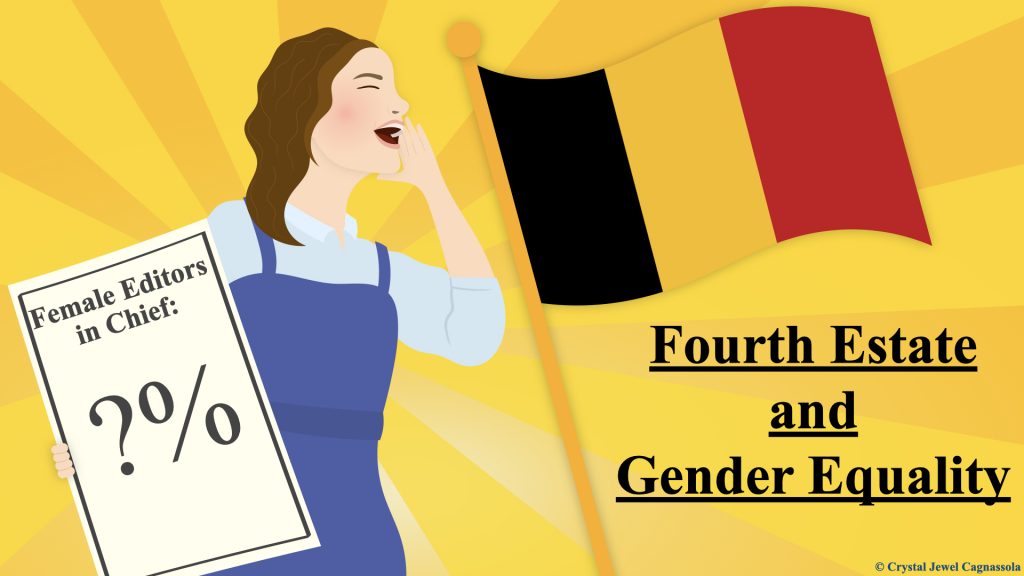 In much the same way as its European neighbours, Belgium’s newspapers suffers from a gender imbalance. In fact, most of the largest daily newspapers are still run by male editors-in-chief, with only a few exceptions that will be highlighted below.

Perhaps the most relevant one is Ms. Margot Moeseke, who —between 2012 and 2015— was editor-in-chief at “Het Laatste Nieuws”, Belgium’s leading daily newspaper by audience. However, today a male-only editorial committee runs the newspaper.

Another of the most significant exceptions is Ms. Liesbeth Van Impe, who —for almost a decade— has been editor-in-chief at “Het Nieuwsblad”, a position that she currently shares with Mr. Pascal Weiss.

We can also point out the case of Ms. Kris Vanmarsenille, who —since May 2014— has run the “Gazet van Antwerpen” together with Mr. Rudy Collir until December 2015, being Ms. Vanmarsenille the sole editor-in-chief since then.

Also within the specialised press we can find a woman in a leading position: in particular, Mrs. Isabel Albers is the general editor-in-chief of the largest Belgian business and economic newspapers, “De Tijd” and “L’Echo”, with responsibility for indicating the editorial lines of these newspapers in collaboration with the local editors-in-chief.

This is not the first time that “De Morgen” has had women running it, as Ms. An Goovaerts and Ms. Lisbeth Imbo have been its “editors-in-chief” at different times during the last five years.