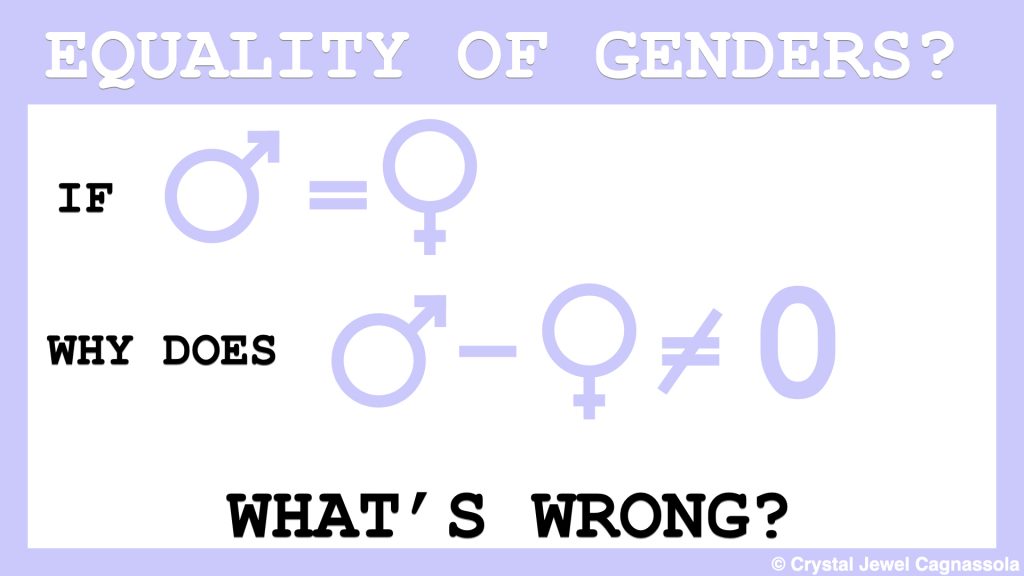 In mathematics, equality is a relationship between two quantities asserting that the quantities have the same value.

Despite the use of the expression ‘genders equality’, the data and numbers collected show that the ‘same value’ – or quantities – of men and women in social and political contexts is still to be achieved.

After 60 years from the decision of the Italian Constitutional Court to eliminate gender discrimination for the access to public offices (thanks to the claim presented at that time by Ms. Rosanna Oliva), we are commencing to publish, on a weekly basis, short reports which show how the current condition is in Italy as well as in other Countries in respect of gender equality.