On newspapers in Germany 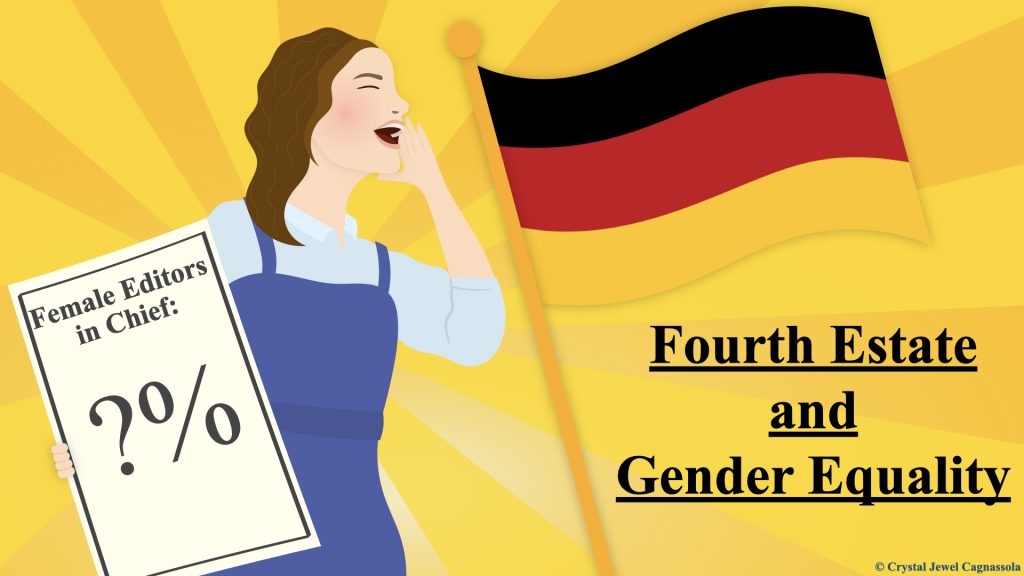 Although the majority of editors-in-chief of the largest German daily newspapers are still men, it is possible to state that the women’s presence in such positions is higher than in other European countries with similar characteristics.

Indeed, we can highlight the appointment of the Swiss journalist Ms. Judith Wittwer as co-editor-in-chief of the progressive daily newspaper Süddeutsche Zeitung in July 2020.

Two months earlier, in May 2020, Ms. Barbara Junge took over as head of the ecologist German newspaper “TAZ“, relieving the former male editor-in-chief, Mr Georg Löwisch. In addition, along with this, Ms. Junge is expected to split her role with another woman starting from August 2020: Ms. Ulrike Winkelmann.

Historically, we can cite the case of Ms. Marion Dönhoff, who was editor-in-chief of the Hamburg-based liberal weekly newspaper “Die Zeit” since 1968 and had a significant influence on the intellectual life of her time.

Please note that “Die Zeit” is a weekly newspaper and is therefore outside the scope of this report. In any case, at present its editor-in-chief is a man, the German-Italian journalist Mr. Giovanni Di Lorenzo.