The link between FGM and education 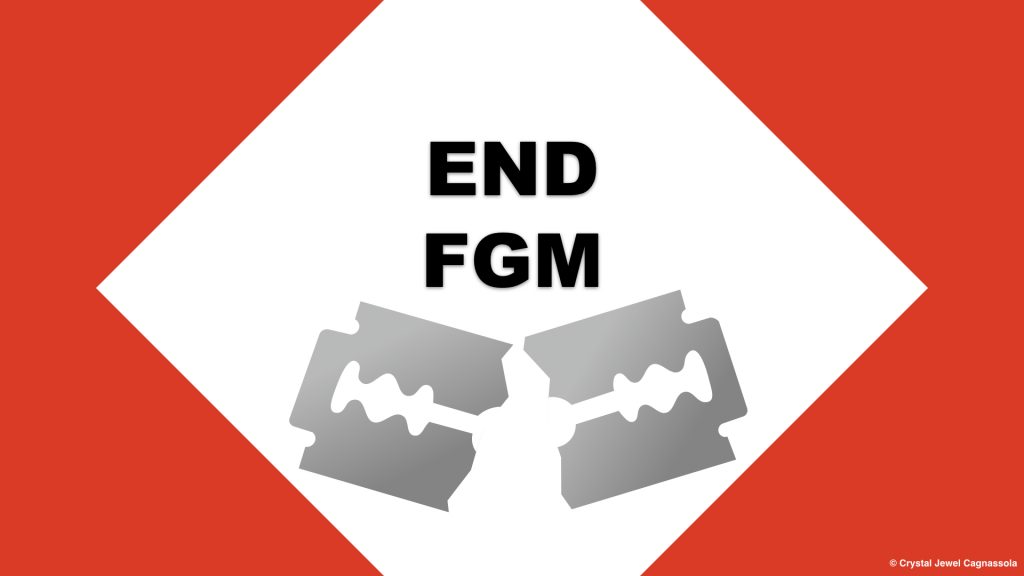 The World Health Organization (WHO) has defined female genital mutilation and cutting (FGM/C) “as all procedures that involve partial or total removal of the external female genitalia and/or injury to the female genital organs for non-medical reasons.” FGM, which may also be known as female genital cutting, is performed in at least 30 countries, and is largely concentrated in Africa and the Middle East. UNICEF estimates that around 200 million girls have undergone the cut.

The practice of FGM is always a violation of human rights. This has been reflected in international and national laws across the globe. Notably, Article 25 of the Universal Declaration of Human Rights states that “everyone has the right to a standard of living adequate for health and well-being” and has been used to argue that FGM/C violates the right to health and bodily integrity. With FGM/C considered as a form of violence against women, the UN Convention on the Elimination of All Forms of Discrimination against Women (CEDAW) can be invoked. Similarly, defining it as a form of torture brings it under the rubric of the Convention against Torture and Other Cruel, Inhuman, or Degrading Treatment or Punishment. Moreover, since FGM/C is regarded as a traditional practice prejudicial to the health of children and is, in most cases, performed on minors, it violates the Convention on the Rights of the Child (CRC). Regional treaties specifically address FGM/C, including the Protocol to the African Charter on Human and Peoples’ Rights on the Rights of Women in Africa, also known as the ‘Maputo Protocol’.

In the International and National fora, as highlighted above, it is widely accepted that FGM is a social ill that needs to be eradicated. This article seeks to understand the link between FGM and education. It seeks to understand how education can be used as a tool to end FGM.

The Importance of education

More than a mere cliché in developmental circles, this proverb carries truisms that hold weight to this day. Investing in women and girls is one of the most effective ways of promoting development. It has long been recognised that investing in the human development of women and particularly the education of girls’ results in better outcomes. It improves the quality of life of the women in question, enabling them to be the more productive members of society. It also enables them to become champions of human development for their families and communities. The resulting improvement to their children’s welfare and life opportunities has multiplier effects that expand with each new generation.

Large gender gaps exist in access, learning achievement and continuation in education in many settings, most often at the expense of girls.  Despite progress, more girls than boys still remain out of school: 16 million girls will never set foot in a classroom (UNESCO Institute for Statistics)  and women account for two thirds of the 750 million adults without basic literacy skills.

Many obstacles stand in the way of women and girls accessing their right to education. Some of these challenges include: poverty, geographical isolation, minority status, disability, early marriage and pregnancy, gender-based violence, and traditional attitudes about the status and role of women in society.

What is the link between FGM and education?

The effects of FGM on a girl’s education

FGM can hinder and even end a girl’s education due to the complications endured by girls following the practice including health issues, pain and distress, which can cause girls to be less focussed in school or even absent and, consequently, perform poorly and drop out of school. In a study done in Baringo County in Kenya, it was discovered that the girls who had undergone the cut had lower ambitions of furthering their education, many did not go back to school after the cut and eventually dropped out.

Additionally, early/child marriage can impact girls’ education and lead to the end of their schooling for numerous reasons:  girls may become preoccupied with the role of a wife and lose interest in school, or may continue and drop out once they become pregnant. Women and girls with little or no education are less able to make positive contributions to society than those with education. Educated women and girls contribute to social and economic development, and can support the improvement of health and productivity in their families and communities as a whole.

How education can end FGM

Education as a tool to end FGM can be perceived in two angles. Firstly, education and awareness about the practice and its risks to the community at large. The community, in this instance, includes religious and/or traditional leaders, health professionals, educators, and the family unit.

Educating communities can help question the rationale behind these archaic traditions and reinforce the arguments against them, especially when talking to men. According to the International Center for Research on Women (ICRW) , a study in southern Ethiopia found that a girl is twice more likely to be cut if her father has no education than if he has a high school education. Additionally, studies have shown a lower prevalence of FGM and greater support for the discontinuation of FGM among highly educated women compared to those of lower levels of education in Burkina Faso, Tanzania, Egypt, Ghana and Iraq.

In areas where the practice of FGM is highly medicalized, proper training among health professionals about FGM in the medical and nursing curricula can ensure that healthcare providers stop considering FGM as either harmless or medically indicated for women. Medical students need to know the risks associated with FGM and targeted information campaigns are vital.

Educating girls can also give them the freedom to make decisions to improve their lives, which has deep social implications. Giving girls access to schooling is a central part of eradicating FGM, according to the UNESCO 2016 Gender Review, which shows that, in most countries, women with higher levels of education are less likely to have undergone FGM.

Access to education allows for the introduction of new concepts and the exchange of ideas, along with access to various sources of information. This aids in critical thinking and allows girls to question some of the practices such as FGM that are deeply entrenched in the community.

The practice of FGM is highly concentrated in a swath of communities today. Despite FGM being outlawed and condemned, the practice still continues. The fight against FGM requires a multifaceted approach. Emerging evidence illustrates that access to basic education can be an effective instrument for abandoning the practice of FGM. Moreover, community advocacy campaigns about the harms and risks of FGM need to be supported across the world to enhance awareness.

International Day for the Elimination of Violence Against Women

Artificial Intelligence and Blockchain in the Sustainable Fashion System

NFTs IN THE FASHION SYSTEM