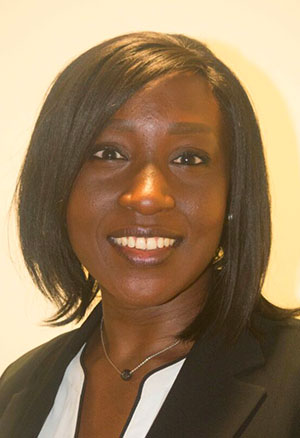 Cathy Fall is the Head of the Field Legal Office of the United Nations Relief and Works Agency (UNRWA) in Jordan. She previously worked as a Legal Officer at the UN World Food Programme in Rome.

Prior to that she was a financial lawyer in Paris and then served at the African Export-Import Bank in Cairo. Cathy has both civil law and common law education.

She received her master’s degrees from the Universities of Paris 1 Sorbonne and Paris 2 Assas and an LLM from Columbia University in the City of New York. She is admitted to the New York Bar.